This year marked my second Dreamforce conference – the first being in 2016 when I co-presented with Dan Appleman on The Dark Art of CPU Benchmarking. I’ve attended all 3 TrailheaDX conferences as well, so I felt that I was able to take those experiences and successfully navigate my way without getting too stressed or fretting over the small annoyances (especially since I wasn’t presenting this year). Dreamforce 2018 had over 170,000 registered passes – that’s a lot of people!

Since I work for an ISV (Independent Software Vendor), I went into this Dreamforce looking to find some answers specifically related to managed package development and connecting with other partners. Here are what I consider the top things I learned from an ISV perspective:

As always, there were a number of features and announcements at Dreamforce that aren’t quite ready yet (though many are nearly ready, with the Winter ’19 release). Some of the highlights: 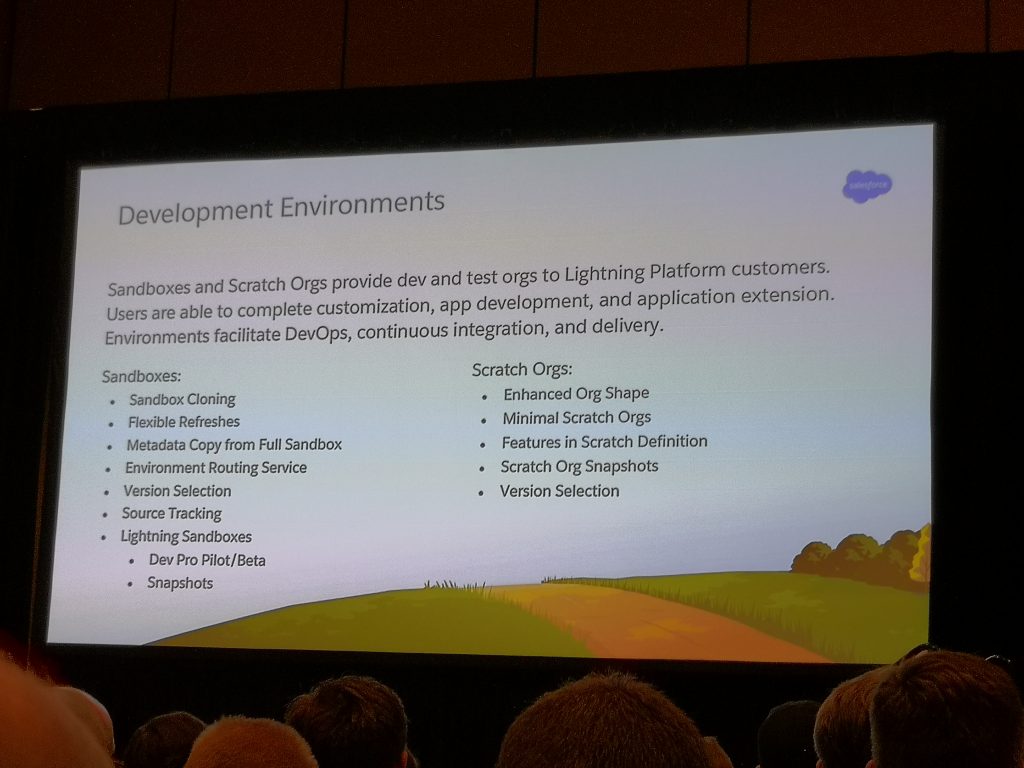 Look at all of those awesome features coming soon!

There were many other highlights at Dreamforce for me. I think it’s important to try to enjoy all aspects of the conference and San Francisco and not just focus on the development breakout sessions. I was lucky enough to finally spend the weekend in the city and do some exploring before the conference started. Additionally, a group of 20-25 of us all met at 6am on the first day of the conference and ran across the Golden Gate Bridge down to the Embarcadero – an experience that I won’t forget anytime soon.

One other highlight was the March For Our Lives talk that occurred on Thursday evening that was led by two members of MFOL, David Hogg & Matt Deitsch. David was a student at Stoneman Douglas when the mass shooting happened there on February 14th. It was one of the most powerful talks I’ve heard in my lifetime, and I ended the day feeling inspired and motivated to make our country a safer place for all.

Finally, I’ll end this post by linking to a few resources I discovered while attending Dreamforce. I didn’t know where to fit them in the above sections, so I’ll put them here:

Did you attend Dreamforce? If so, what were some of your highlights? Let me know in the comments below!