As somebody living right in the center of Seattle, surrounded by high-rise office buildings, various apartment complexes, hundreds of restaurant establishments, and just as many retail shopping stores, it’s sometimes hard to fathom that millions of people in the United States go hungry every single day. Washington is the 22nd hungriest state in the nation, with 14.3% of the state’s inhabitants not having constant and reliable access to food. 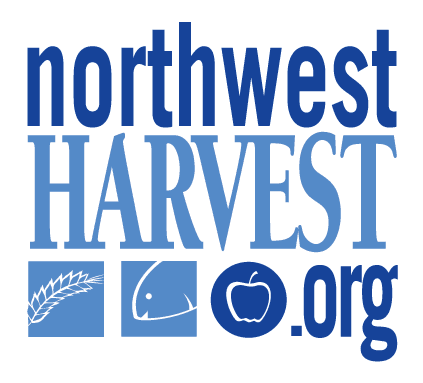 The Northwest Harvest is a 501(c)(3) based in Seattle, Washington. Besides providing food for over more than 370 partner programs, they operate the Cherry Street Food Bank in downtown Seattle. Cherry Street is one of the busiest food banks in the state, and provides nearly 1.5 million meals every year to anybody who walks through the door.

In mid-December, I spent a few hours volunteering at the food bank. My main role for the afternoon was to help sort and serve food to everybody who chose to go through the grocery line instead of receiving a prepared lunch. We had served almost 700 people by around 1:30 in the afternoon!

On most days, visitors have the option of either going through the grocery line or taking a pre-made bag of food, which is especially important for the folks who have no way to prepare their own meals. On the day I volunteered, we offered mashed potatoes, stuffing, pasta, tomato sauces, and an assortment of canned vegetables, soups, and beans. We also had rice, fresh lettuce, fresh berries, and various other items that they could take, all for free. The only limitation is that you can only take 1 or 2 items from each bin of food. I was there on a Monday, but Thursdays are a special day – family day – when items such as baby food and diapers can be picked up.

What You Can Donate

I’ve donated canned goods during food drives in the past, but I’d never really considered the fact that food banks need certain goods more than others. In just my first day volunteering at Cherry Street, I realized several things:

For some other good insights, check out this article, “What food banks need most (and what they get too much of)”

My experience was eye-opening. It’s easy to donate $25 to a food bank or a shelter and give it almost no more thought whatsoever, but you don’t realize the impact it has on somebody’s well-being until you spend time there and see people filing in from all walks of life.

I’ve since decided that I want to continue volunteering at the food bank and have committed to volunteer there at least one afternoon shift a month throughout 2015. If you’re feeling inspired, why not search for a local food bank in your area?